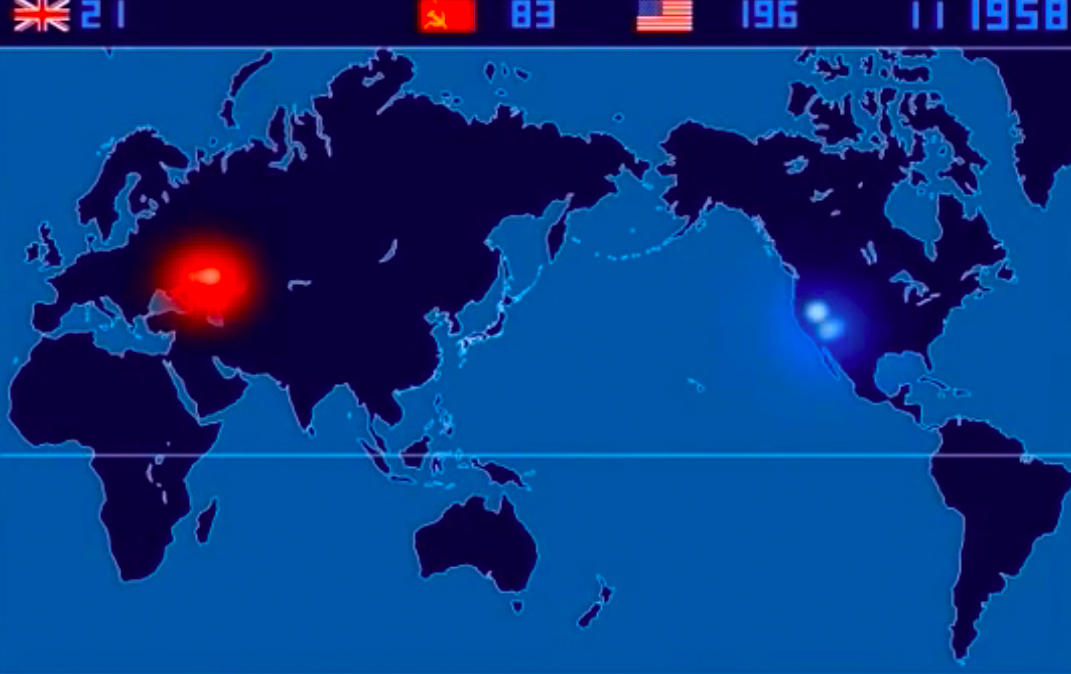 “2053” – This is the number of nuclear explosions conducted in various parts of the globe. The first nuclear test was conducted in July 1945 in the desert of New Mexico, USA. Soon after that, the atomic bombs were consecutively dropped on Hiroshima and Nagasaki, and ever since then the tests have been repeated to a total of 2053 times until the year 1998. This piece of work is a bird’s eye view of the history by scaling down a month length of time into one second.  No letter is used for equal messaging to all viewers without language barrier. The blinking light, sound and the numbers on the world map show when, where and how many experiments each country has conducted.  This work will be on show 24/7 next to the anti-nuclear weapons monument on Emmaplein, in the Rem Koolhaas Videobusstop.

Isao Hashimoto was born in Kumamoto prefecture, Japan in 1959. After 17 years of working in financial industry as a foreign exchange dealer, studied at Department of Arts, Policy and Management of Musashino Art University, Tokyo. He is currently working for Hiroshima Peace Culture Foundation. Artwork series expressing the fear and the folly of nuclear weapons: “1945-1998”, “Overkilled”, “The Names of the Experiments”.

After Hiroshima: Cultural Responses to the Atomic Bomb – a cultural week around the thematics of the atomic bomb. How did artists, writers, film makers, and activists respond to the bombings of Hiroshima and Nagasaki and their aftermath, and how do they relate to nuclear issues today? After Hiroshima highlights some of the different responses to these questions by bringing together film screenings, performances, lectures, visual art, and even a ‘nuclear game.’